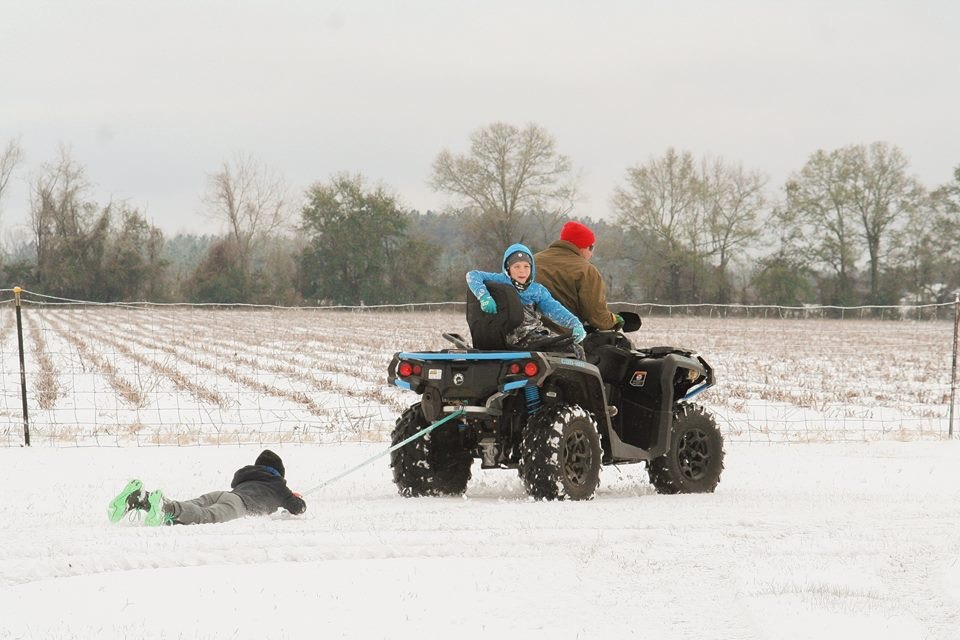 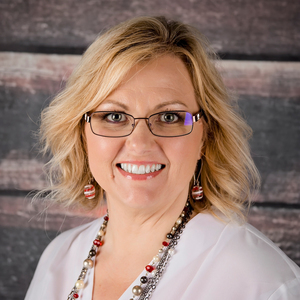 Snow in South Georgia! It doesn't happen very often. As a matter of fact, other than an occasional dusting that didn't stick, we haven't had substantial snowfall since 1989. That was 29 years ago, y'all! I do remember that snowfall and having a snowball fight with my family. We drove around to some of the running creeks and took some pictures. But that is way too long in between, do you agree? So I prayed and asked for us to see snow once a year - just once! It's the perfect opportunity to slow down and enjoy some family time.

My family played in it all day long! We built a snow man whom we named Olaf Jr. We threw snowballs and used the four wheeler to pull a makeshift sled (I mean, there are no hills to slide down, so we do what we have to do, right?) We would get wet and cold, go in and dry our clothes and warm up a bit; then we'd redress and head back out! It was definitely a day to remember.

I googled the headlines just to see what others were saying about this phenomenon. Some read, "Abnormal Snowfall", others read "Winter Storm Scatters Sleet, Ice and Misery Around the South..." Huh? Misery? I think those people who were miserable might have been the glass is half empty kind of folks. I get that there were some downfalls. I mean, we had to stay home from work for a day or two or maybe some actually had to go to work. Some lost power, that can be a bit annoying, right? But misery? That's a bit strong I think. Even those who are homebound could look out their window and totally enjoy what God was doing to blanket the landscape with this beautiful white medium. And it was very brief. I think it may have helped us realize what our very Northern friends and family endure for many weeks each year.

I also researched to see how a snowfall could help or hurt our land. Now granted, I believe the articles I found were from bloggers way up North who have substantial snow on the ground for many weeks, but some talked about how the snow traps nitrogen in the ground which in turn will help your grass grow better and healthier in the spring. (You can read it here.) Others mentioned that it acts as insulation which will help protect it from disease. And then there is hydration. The melting snow and ice provides a slow release of moisture that benefits your grass. (You can read that one here.)

So, I hope you weren't one of the miserable ones during this epic snowfall. As you can see, besides the beauty and fun there are definitely some other benefits to snowfall on our Georgia land. What are some ways you enjoyed #SnowDay2018?
Tools 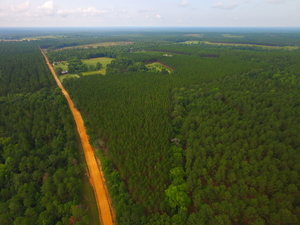 So, You Want to Buy a Piece of Dirt?

Looking through our list of properties brings a wistfulness to my soul. These aerials are breathtaking. If you haven't browsed our properties lately, you should go take a gander. 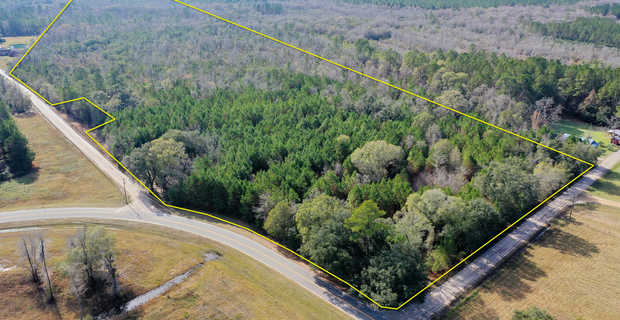 Located in the heart of southeast Georgia, this farm expands over 327 acres of beautiful cultivation and pastureland. In it’s former life the property was a dairy farm, but currently is used for...

Timberland investment and hunting plantation in Waynesboro, GA. Hardwood forest and pines roll throughout the property which makes a good deer habitat for that hunter.